Time-Consuming Aspects of Video Editing and How to Avoid Them

On most occasions, it’s the job of an editor for viewers not to notice that any editing has taken place. As we’ve all become accustomed to modern filmmaking tricks, whether we realize it or not, our brains barely even think twice about cuts and transitions. Unless, of course, they’re obviously jarring or overtly intended to call attention to themselves.

But behind the scenes, there’s a great deal of time, sweat and tears that go into creating a polished, well-executed video for your brand, and all that hard work has the potential to add significant amounts of time to your video editing project. Let’s take a dive into the aspects of filmmaking that can push you over your editing budget.

Matching Your Cameras On a Multi-Cam Shoot

Suppose someone shoots a video for you – with two different cameras. Depending on the brand, specs, color profiles of each, or even the lenses used, the picture they produce could (and most likely will) be wildly different. And matching the look and feel in post-production could be a major time-hog. What would normally be a relatively easy edit just doubled in length to become a monster of a project!

If you have, say, a high-end cinema camera shooting with a wide-open aperture (allowing for some heavy-duty bokeh and lush depth of field), and your B-Cam is an older camera that shoots video similar to an iPhone 5 – where everything is crisp, in focus and vibrant – but looks nothing like the rest of your footage. Cutting between the two shots could prove to be a nightmare, and matching their color profiles will be a Herculean task.

When you can shoot with two identical, or at least similar (same brand, series of lenses, etc.) cameras, do it! You’ll save yourself a ton of time on the back end of your project.

Recently, you might have heard about the Starbucks Cup seen ‘round the world – in a highly-watched Game of Thrones episode. Clear as day, a coffee cup is sitting on a table in the middle of a scene. But the show takes place in medieval times, and Starbucks (let alone coffee!) was not around back then.

Yet somehow, everyone on set – including the director, producers, editors and colorists – as well as the whole collective working on the episode in post-production and the executives who approved it for air, all missed the cup.

That’s why it’s imperative that on set, whether you’re filming b-roll, a re-enactment, or even a standard interview, you keep your shots clean and free of clutter. The above-mentioned mishap is an extreme example, but it definitely illustrates why you should always keep a watchful eye on your ‘set’ to save yourself a post-production headache later.

Poorly captured audio will prove a major issue for editors. If the audio captured on set or in the field is of low quality and sounds hollow, distant or distorted, you can do some EQ mixing in the edit session, boost some levels and hope for the best. Or you can have your subjects/actors come in and ADR (Automated Dialog Replacement) it in post (i.e. have them record their lines in an audio booth or location similar to the original shoot). Neither option is optimal, and both take up an inordinate amount of time. So make sure you capture the audio correctly the first go-round, on set, when it counts.

How? Be sure to test your equipment. Here are 4 important things to remember:

Covering up the Umms, Uhhs and Awkward Pauses

Viewers have shorter attention spans nowadays than ever before. No matter how slick your video looks, if your subject isn’t as polished, or the voice they’re listening to is having a hard time getting through a sentence, then viewers will likely flee. It’s the editor’s job to take out all those awkward pauses, stutters and hiccups to make the video flow smoothly. And that comes at a (often hefty) cost.

Even the most experienced orators sometimes clam up on camera. To mitigate the drain on time and money in the edit, producers/publicists should work with clients before the shoot. Go over the subjects with them. Make sure they’re knowledgeable on the topics they’ll be covering on the day of the interview. If they channel their confidence and truly believe they’re the expert on the subject matter at hand, they’ll seem more natural once the cameras start rolling, and most likely, the nerves and jitters will wear off. Ideally, they’ll relax enough so your production flows smoothly, making for a fun, pleasant and stress-free experience for all parties involved!

Planning and Communication is Key

Obviously, no matter how much prep work you do to prepare for a shoot and make the production run as smooth as possible, Murphy’s Law always seems to kick in when you least expect it. But knowing that things can and will go wrong on set – whether they be easily overlooked issues or monumental gaffes – still shouldn’t prevent you from planning ahead to have the best possible day of filming.

If things don’t work out as planned on shoot day, make sure your editor knows of the issues before they get the footage in-hand so there are no surprises in the edit room. That way, everyone’s expectations are tempered and budgets can be readjusted if need be.

The best editors can make some major issues go unnoticed, cover up big blunders and creatively conceal even the most obvious on-set faux pas without anyone batting an eye. Whether a Producer, Director, or even a general consumer of media, it makes you appreciate the great deal of time and energy the creatives spend piecing those videos you’re watching together. 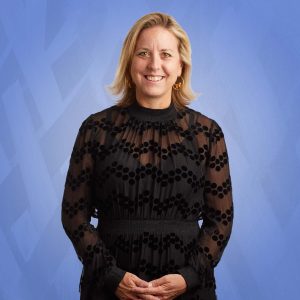 Michelle is energized by uncovering creative and remarkable ways to bring brands to life.

A Step-by-Step Guide to the Video Process

7 Ways to Leverage Video in Your B2B Marketing Strategy