Technical SEO plays a central part in ensuring the ongoing health and speed of your website. However, optimizing the technical aspects of your site can be difficult, especially since most B2B marketers have limited knowledge of the back-end optimizations needed to ensure a happy and safe browsing experience for users.

In this article, I’ll list and explain five quick tips all businesses should implement to ensure strong technical optimizations for their websites and high rankings in search engine result pages (SERPs).

Note, however, that this article primarily serves as a primer for discussing these topics with your development partner. Do not attempt to implement any of these optimizations on your own unless you fully understand what they are and how they can potentially impact both your rankings and the stability of your website.

All modern websites need an SSL certificate to protect and encrypt user data.

Before the standardization of SSL certificates, HTTP (Hypertext Transfer Protocol) was the method through which users would request and receive data relating to the websites they visited. By typing in a link, they would send a plain-text request to a server, which would then return a plain-text response with the information needed to load the page.

As the digital experience shifted toward financial transactions and user accounts, sending unencrypted passwords and financial data over the internet was, as you might expect, seen as unnecessarily risky. For this reason, developers began installing SSL certificates onto their sites to facilitate secure, encrypted HTTP requests in cases where data protection was required (hence HTTPS, or HTTP Secure).

SSL certificates make it so that only the requesting browser (your user) and the receiving server (where your website’s files are stored) can open and read the request containing your users’ data.

As of 2014, search engines such as Google began considering HTTPS as a ranking factor when determining the trustworthiness of a site. Further, browsers such as Chrome and Firefox began warning users that sites loaded over HTTP are not secure, potentially scaring away users who land on your site and see this message.

While installing an SSL certificate onto your site will not lead to significant gains in your keyword rankings outright (due to its minor effect on the overall rankings), the presence of an SSL certificate will most certainly affect user (and search engine) trust in the security and safety of your website.

Search engines depend on programs known as “robots,” “crawlers,” or “spiders” to collect information about pages across the internet. This information is then stored in relational databases to build out an index of known, crawlable, valuable sites for these search engines to show to their users.

For this reason, you should take steps to ensure your website is both crawlable and indexable by search engines. A core element of this fact is the presence of a sitemap and a robots.txt file on your website:

Combined with on-page instructions such as the noindex and nofollow tags, you can use various combinations of these tools to instruct crawlers and search engines on the specific pages you want to add to the index (and which ones they should avoid entirely).

For this reason, while the presence of a sitemap and a robots.txt file are not ranking factors by themselves, you can use these documents and other similar tools to curate your online presence and improve your ability to more quickly and easily index your content.

3
CSS and Javascript minification and optimization

There are two main factors that commonly result in slow and unoptimized sites: unminified or excessive code and a lack of image optimization.

On the code side of things, unminified and bloated theme files (generally relating to CSS and Javascript files) are one of the primary drivers of slow websites because they increase the number of calls to the server and create bottlenecks in your site’s loading times.

Often, this is the direct result of bloated, outdated, or unoptimized theme files that were created without an eye for technical SEO, or that intentionally trade loading speed for additional functionality on the front end.

Regardless of the why, the main point is that unoptimized code can slow down your website.

Common technical solutions to this problem include minifying code, loading Javascript asynchronously, automatically combining Javascript files, removing redundant code, and weighing the weight of any functionality you add to your site (either through scripts or plugins) against the effect they have on your site’s performance.

Since site speed has been a prominent ranking factor since at least 2010, improvements to the performance of your code are directly related to improvements in your rankings in the SERPs. For this reason, code optimization should be a high priority on your list if you’re looking to improve your website’s technical SEO.

Google’s Web Vitals provides unified guidance for quality signals on a particular page. Pages that follow the Web Vitals — and particularly the 3 Core Web Vitals listed below — are often ranked higher than pages that don’t:

In the contexts of image optimization, you’ll want to utilize strategies such as caching, lazy loading, converting images to next-gen formats such as WebP, and other tactics to ensure your page loads as quickly as possible (and scores as high as possible in the associated tests).

Since images often account for 50% or more of a page’s total payload, their optimization is crucial for ensuring fast loading and interactivity.

Modern websites should have a consistent and predictable URL structure to help reduce confusion for users and improve indexability for search engines.

While URL optimization (such as the slug for this article being /tips-to-improve-technical-seo/) is certainly a part of on-page SEO efforts, in the contexts of technical SEO things can get a bit more nuanced.

Specifically, there are certain domain-level settings that you should have in place to ensure a consistent URL architecture on the frontend of your website.

For example, I’ve discussed the importance of HTTPS in an earlier section, but you should also coordinate with your developer to ensure that all HTTP requests for your website redirect to their HTTPS counterparts.

Similarly, you should keep in mind that the www and non-www versions of your site are completely different URLs in the eyes of crawlers such as Google.

As such, all URLs should redirect to a single, “primary” version of that URL, such as https://www.example.com or https://example.com, to reduce the chance of your users (and crawlers) getting confused.

Work with your developer to improve your technical SEO

Technical SEO is often seen as a daunting task by B2B marketers due to the technical knowledge required to perform many aspects of the optimization. However, it’s also key to ensuring a safe, superior browsing experience for your users.

Implementing the SEO tips above can help ensure high rankings in the SERPs by improving the speed and UX factors of your website, making them an important aspect of any website optimization plan.

However, failure to implement these tactics correctly could negatively impact your SEO, harm your site, or even potentially lead to pages dropping out of Google’s index. For this reason, it’s critical that you work with a trusted development partner before you make any technical SEO adjustments to your site.

Only an experienced developer who knows your site’s specific setup can effectively and safely optimize your website’s technical SEO. 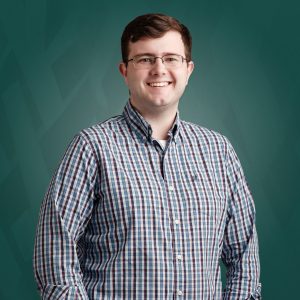 Andrew combines a love for creating powerful digital content with a passion for helping B2B organizations optimize their websites for search.