How Organizations Can Turn Client Set-Backs Into Opportunities

In a perfect world, we’d always be on top of our game when it comes to clients. But if anything, human nature has taught us we’re not perfect.  We have lapses—some may or may not be our fault. We make mistakes. And we fail. It’s not ideal, but it happens.

Organizations—and their brands—are affected in the same way.

And what matters most is what’s done after the fact. Because how an organization responds to and manages a situation is a reflection of its character.

When things go wrong in an experience with an organization, people want an apology—something proactive that shows both accountability and empathy.

Apologies need to be sincere

The verbal apology itself should come from a high position in the organization. Because getting an intern to write a press release doesn’t show serious concern.

Apologies need to be timely

Once a client has a negative experience, there’s only a matter of time before he or she will begin to consider switching to a competitor or even spreading negative publicity about that experience. A quick response reassures a client that their needs matter—and are a top priority to the organization.

Which they might not have realized before that negative experience.

This is known as the service recovery paradox—or the theory that when clients can leave a service failure more satisfied and loyal to the company than they would be if no failure had occurred.

For example, someone eating at a restaurant might be upset at a slow pace of service and make a comment. He may make a side comment to the waiter, but not really expect anything to come from it. Now, let’s say the waiter brings out a complimentary dessert. And the manager makes an effort to apologize to that person. Because of the initial let-down, the client has now received two instances of special treatment—which wouldn’t have happened otherwise. His previously bad opinion of the situation now has the potential for being a very positive one. All because the restaurant took appropriate action.

We should never hide from fault or failure—nor from an opportunity to apologize appropriately. It could mean the difference between losing a client forever or strengthening their respect and trust. 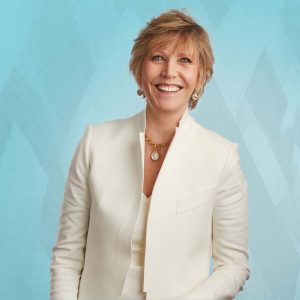 Susan is a trusted advisor to the C-suite, helping leadership teams define a strategic vision that will propel growth for their companies. Through candid discussions and provocative questions she brings a fresh lens to defining and prioritizing what truly matters. Her expertise includes consulting and coaching for firms on leadership, culture, strategic marketing, and health and wellness programs.

How Organizations Can Turn Client Set-Backs Into Opportunities